I won't give any long story, but I will give you my own itinerary to Hongkong and Macau about 4 days 3 nights. If you want any further information about the itinerary , you can ask me. ^^

- Early flight from Singapore to Hong Kong.
(For anyone of you if you go from Jakarta to Hongkong, then you will have several hours for transit time. If you buy tigerconnect, you are able to do the early check-in at transfer lounge E.)


- By the time I reached to Hongkong, I bought an Octopus Card (same function as Ez-link, and you can buy souvenir/ pay bills for food in some restaurants using Octopus Card) at airport. Then, I went to the hostel nearby Nathan Road by taking A21 bus. Actually if you want a cheaper accomodation, you can search it around Mongkok area, but you will have to spend more budget on your transportation. I chose City Econo Guest House, because you don't have to book it before, like I did (unless for the high season period).


- After check-in, I got ready to eat my lunch nearby hostel. (Beef with noodles and vegetables). After that, I went to Avenue of Stars which is made to pay tribute to outstanding professionals of Hong Kong's film industry, to promote tourism industry, and to consolidate Hong Kong's position as Asia's World City.

- Next, after took tons of pictures, I went straight to Mongkok or Ladies' Night Market where you can find cheap souvenirs or shirts, bags, etc. They will let you bargain the price for the souvenirs.

- After bought some souvenirs, I went back to hostel. Took a rest. Continued to walk again to the Kowloon Park, Clock tower and to get the picture of "Giant Rubber Duck" nearby Ocean Ferry Terminal. It was super crowded by people (x____x). It was difficult to find the spot to have vision of Rubber Duck without other people, but I did it. (^o^)v --- FYI: ( Giant Rubber Duck will be in Hongkong till June 9th, 2013)

- I went to the Golden Crown Guest House, to buy the entrance ticket to Ocean Park, Madame Tussaud + Peak Tram + Sky Terrace 468, Macau Ferry. You can get cheaper tickets if you buy from the listed guest houses.

- Next, it was still 10.00 am, I went to Ngong Ping 360 (Lantau Island) where you can see the Giant Buddha. I went there by taking Bus 23. By the time I reached there, took pictures, I was going up of 268 step-ladders to see the Giant Buddha. Then visited the Wisdom Path, Ngong Ping village (to buy drink and souvenirs), going back using the crystal cabin cable car (I paid 149 HKD).

- Next visit was  Hongkong Disneyland just to take some pictures in front of the gate and inside the MTR. :p (no time because I rushed to visit the Ocean Park, also I went there once before).

- After that, I continued my "rush trip" to the Ocean Park (took MTR till Admiralty, continue with Bus 629). Took pics (as usual), ate snacks, saw the sleeping PANDA!!! (too bad). Then tried the coaster.
FYI: To play the rides for adults, you need to go up by using cable car (it's free).

- Then rushed rushed again to the Peak. I took  Peak Tram, reached at Madame Tussaud at 9 pm, continued to  Sky Terrace 468 (couldn't see clearly due to the fog).

- Finally I ate instant noodles cup from 7/11, then I ate steamed bread (very fluffy).
- Because I overslept (TT___TT) , I went to Macau via Sheung wan (Hongkong) at 10.30 am (I suggest to wake up earlier)
it took 1 hour from Hongkong to Macau. reached at Taipa Ferry Terminal. Took free tourist map that is provided at Tourist Information Centre.

- Went to  Venetian by taking free shuttle bus (hehehe). Bought souvenirs there, took pictures with the nice background. Inside Venetian, we will see the sky setting and others looks like inside Marina Bay Sands.

- Then went back by using free shuttle bus again to Macau Ferry Terminal. Walking from terminal to Macau Fisherman's Wharf (many spots to take the pics) ... Then because I saw Macau science art center seems so near, so I decided to take a walk there. Then I reached my destination... and wahhhh~~ I saw Macau Tower...took a walk to Statue of Kun Lam & Ecumenical Centre, Macau Tower seemed so near... Then I decided to take a taxi or bus (but unlucky, no Bus Stop T^T ) then forced by the condition to take a walk to Macau Tower. Yehey Reached there!!!!....Rest for awhile at the back side of Macau Tower. Energy of feet was 5%

- Continued to Ruins of St. Paul by BUS (FINALLLYYYYYYY). But when reached to the bus stop, need to walked again T^T  (decided to buy the McD french fries for snack), walked walked walked around Senardo Square...till I saw an old front part of a church... Energy raised up to 99%...
Walked down again and visited the Koh Kei bakery... Bought many snacks~~~ but too bad, I couldn't taste the Macau egg tart (T^T)

- Saw the map to Venetian, and walked down near Grand Lisboa. I saw it was really near by the Grand Lisboa... But where? (@___@).
Asked the stranger.. He said to take a bus and I would find 18 stops to Venetian...I thought it was ridiculous to take a bus for a near place. Then, I decided to go to the Macau Terminal and asked a policeman for how to go there. Inside the bus, I saw the map again, and I checked the picture at first arrival at Macau. Then I found something stupid of me. (X___X)

I reached at TAIPA TERMINAL, not MACAU TERMINAL. VENETIAN is in TAIPA area, not MACAU area..... Errr.... then after I reached to Macau Terminal (which was wrong)... Rushed again to take the bus to TAIPA Terminal.... Finally I could go back to hostel again.

LESSON LEARNED: The VENETIAN is inside TAIPA

- Went to airport and ready to get back to Singapore.

If you go back to Jakarta, means you will have transit time again.
If you have more than 6 hours transit, you can join the Free Singapore City Tour just takes almost 2 hours. Or you can visit: Sentosa Island, Merlion Park, Marina Bay Sands

Popular posts from this blog 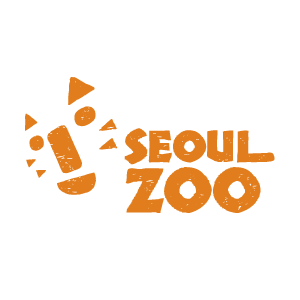 SEOUL ZOO - SOUTH KOREA Pass Namtaeryeong, the first gateway to Seoul from the south, and you will be greeted by Seoul Grand Park, a landmark recreational site with people and nature in perfect harmony. Seoul Grand Park is internationally renowned for its scenic beauty and natural environment consisting of the Education, Natural Culture, and Amusement areas. During the period of the Great Han Empire, Japan turned time-honored Changgyeonggung, one of the royal palaces in Seoul, into a zoo, in 1909, in an attempt to undermine Korea’s national sovereignty. As part of its effort to restore national pride and preserve its cultural assets, the Korean government created Seoul Grand Park, which opened on May 1, 1984, and transferred the animals in Changgyeonggung to the park for the restoration of the palace. Today, Seoul Grand Park is one of the world’s top 10 zoos in size and scale. Seoul Zoo Map of Seoul Zoo TAMAN SAFARI INDONESIA - INDONESIA Taman
Read more 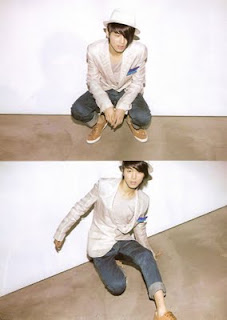 He is so cute :) Love his style and hair XD
Read more